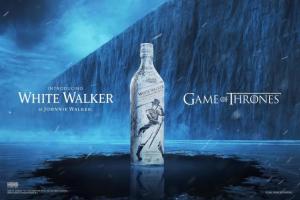 Anomaly is expected to run the account from its London office.

“We can confirm that we have extended our relationship with Anomaly, who will now be our global agency for Johnnie Walker as we continue to evolve this iconic global brand,” a brand representative said in an emailed statement.

MDC Partners-owned Anomaly has been the brand’s U.S. agency since 2014, when it won the global business from BBH, which had held the account for 15 years and was behind the iconic "Keep Walking" campaign.  But MDC sibling shop 72andSunny was brought on to handle the global business about a year-and-a-half ago, leaving Anomaly with just the U.S. market.

Now, brand-owner Diego has opted to consolidate the account once again.

Net sales of Johnnie Walker jumped 9 percent in the last half of 2018, Diageo reported. In its earnings press release the company stated the gain was largely driven by the brand’s special edition “Game of Thrones”-branded varieties called “White Walker.”