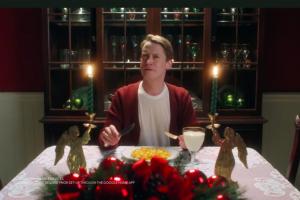 Mike Warzin delivered what may have been Google's most delightful spot last year, the holiday film that revisited “Home Alone,” but this time, with Google Assistant cast as Macaulay Culkin’s wingman.

Matt Aselton was non-stop on high-profile productions including Hulu’s “Better Ruins Everything” Emmy Awards ad in which celebrities warn viewers about going for the better things in life—like flying first class, three-ply toilet paper and, of course, Hulu—because they will destroy life as you know it. He was also at the helm on Wieden & Kennedy’s sprawling World Cup campaign for Fox Sports, which included everything from anime soccer stars to a “Deadpool” cameo from Ryan Reynolds, and directed an Oscars campaign promoting Google Assistant.