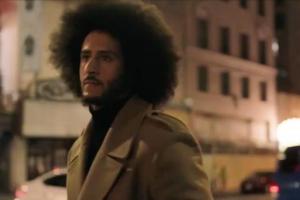 But the company’s talents entertained as well—Terence Neal imagined model-of-the-moment Jazelle as an anime hero, centaur and pixie in a fun film for ASOS, while Acord treated us to more evil Christian Slater in HP’s “The Wolf” campaign.