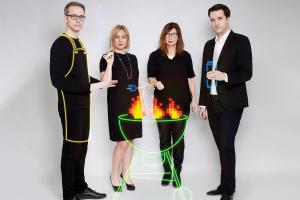 The Toronto-based unit of Interpublic’s FCB has won a host of new work in the past year from Johnson & Johnson Consumer Cos., including from Listerine, Aveeno, Neutrogena and Nicorette. It also became the global customer relationship management agency-of-record for Acuvue and the integrated agency of record for BMW, and won business-to-business CRM work for eBay. The shop has lost no accounts the past three years through client-initiated reviews, though it did resign two­—Purolator and Nestlé—where it felt the chemistry and fit were off.

While it doesn’t break down revenues specifically, FCB/Six says it has been “outpacing the industry significantly with an average of 30 percent year-over-year revenue growth” the past two years.

Even with 75 percent of FCB/Six work coming from CRM, technology consulting and analytics, the agency still managed to win 13 Cannes Lions in 2018, including Gold in Mobile, Design and Creative Data. That leads President Andrea Cook to describe the shop as “data geek transformed into creative chic.”

This was, in fact, her design when she arrived more than three years ago. “I felt like the industry was shifting toward individualization, but hadn’t as a whole wrapped its arm around the whole data thing,” Cook says. “The agreement was that we would take this agency called Rivet and build it for the future, first ripping it back to the studs.”

At its foundation, Cook says, FCB/Six now is “centered around individualization. We believe in creating a world in which no two people experience a brand the same way. Everyone we’ve hired and every client relationship has been overhauled and structured around this belief.”

Cook knows this creates recruiting challenges in an industry that “tends to shy away from complexity. ... We need to be masters of complexity to get to simple.”

She describes Ian Mackenzie as just such a master. The shop’s chief creative officer caught some flak for a Medium article titled “Simple Is Bad,” illustrated with a red “Make Advertising Simple Again” ball cap, but he says the criticism is, well, a little overly simplistic.

“The initial pushback is that consumers don’t care about complexity,” he says. “No one is arguing that. The point is that we over-index on simplicity at all stages of development.”

When a brief is elaborate because it deals with a difficult problem, creatives push to make it simpler, he says. Likewise media folks want to make complex media plans easier even if they’re intricate for a reason. “There’s a simplicity bias threading up through the entire process and causing the industry to sometimes make shortcuts where there shouldn’t be,” he says.

Many creatives would prefer a nice viral YouTube video, he says, even if the better solution is perhaps an AI bot writing 1,500 iterations to make it more relevant to people throughout the day.

The staff at FCB/Six is 68 percent female to 32 percent male, 50/50 in its creative department, and 43 percent multicultural, the shops says. “When you have a bunch of people who think the same way and come from the same backgrounds, you’re at a disadvantage,” Mackenzie says.

So maybe it’s not surprising that the most widely honored work for FCB/Six in the past year was the Destination Pride campaign for Pflag, a non-profit that unites families and allies with people who are LGBTQ+.The idea was to create DestinationPride.org, a data-driven search platform that reimagines the Pride Flag as a dynamic bar graph to visualize LGBTQ+ laws, rights and real-time social sentiment by country, town, city state or province.