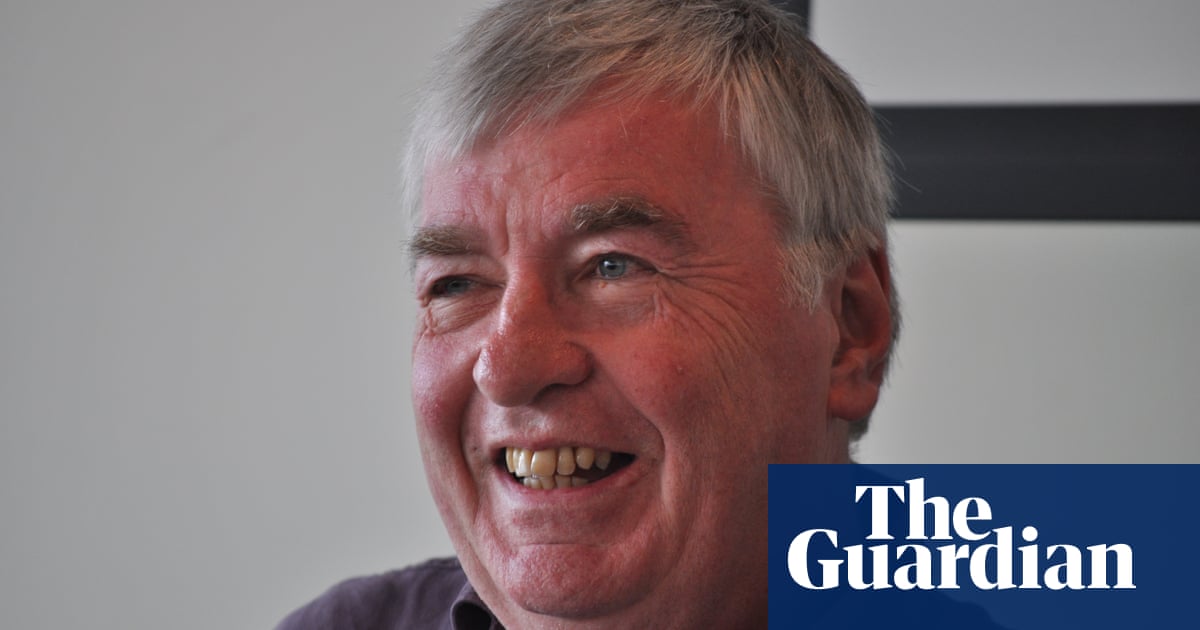 In the early 1970s, a new kind of writing about popular music began to appear in Britain, alongside the music-industry journals and pop weeklies. Its instigators, mostly graduates in their 20s, had been inspired by university cultural studies courses and American magazines such as Rolling Stone to think and write about popular music as if it had things to say worth hearing, possessed cultural weight, mattered.

Dave Laing, who has died aged 71 of cancer, stood in the frontline of this revolutionary cadre. His writing appeared in British rock magazines such as Cream (where we were fellow contributors) and Let It Rock, of which, prompted by the music writer Charlie Gillett, he became the first editor.

Buddy Holly (1971), one of the earliest extended analyses of a pop musician’s recordings, appeared in a series of Rockbooks edited by his friend Phil Hardy. They subsequent ly created an Encyclopedia of Rock that went through several editions, eventually becoming the massive Faber Companion to 20th-Century Popular Music (1990). Dave’s contributions displayed a comprehensive knowledge and appreciation of everything from honkytonk country to bubblegum pop.

He wrote about folk music for the weekly Sounds, and in The Electric Muse (1975), co-authored with Karl Dallas, Robin Denselow and Robert Shelton. A decade on, his attention caught by a new sound, he wrote One Chord Wonders: Power and Meaning in Punk Rock (1985), the first book-length study of the genre.

His examination of how punk challenged the orthodoxies of the record business reflected an abiding interest in how the industry worked, which led him to jobs in it: as press officer for the International Federation of the Phonographic Industry, on the trade papers Music Week and Music Business International, and producing, with Hardy, a newsletter for industry insiders, Music & Copyright.

He also conducted numerous interviews with record-business figures, many for the British Library Oral History Project. In 2001 he co-wrote with Sarah Davis The Guerilla Guide to the Music Business, explaining the roles of different players in the industry.

Born in Tunbridge Wells, Kent, Dave was the elder son of William Laing, a psychiatric nurse, and his wife, Ethel (nee Beer). He gained a scholarship to King’s College school, Wimbledon, where a hip art master introduced him to the music of Bob Dylan. In his first published review for Cream (of Johnny Kidd & the Pirates) he would recall joining “a schoolboy group on mouth-harp and maracas, one of the hundreds who had heard the Stones”.

He went to St Catharine’s College, Cambridge, in 1965 but left in 1967, moved to London and took temporary clerical jobs while beginning to write about music. In 1969 he wrote The Sound of Our Time, possibly the first rock book to draw on cultural theorists such as Herbert Marcuse and Theodor Adorno. He later called it “a young person’s book – I didn’t know what I didn’t know, so it claims to do everything”. He then became the rock correspondent for what one of its editors, Nigel Fountain, called “the supposedly revolutionary paper Idiot International. He was very good, but we went bust with impressive speed.” He also wrote for Ink and Seven Days, similarly short-lived publications.

He renewed his university education at Sussex, graduating in English and sociology in 1972. While there he met Hardy and another Rockbooks writer, Gary Herman, and shared their absorption not only in music and film but in leftwing politics, a commitment he brought to a project with the photographer Val Wilmer for an oral history of coal-mining communities, completed but unfortunately never published, and his book The Marxist Theory of Art (1978), written after he had moved to Hebden Bridge in West Yorkshire.

Dave was initially unusual, according to his colleague and friend Simon Frith, in having “an essentially freelance research career as a non-academic who was highly respected in the academy”, but in the early 80s he taught courses at the Open University and Trinity & All Saints College, Leeds (now Leeds Trinity University), and gave papers at conferences organised by the International Association for the Study of Popular Music.

His rigorous critical intelligence was balanced by an amiable and collegiate manner. The writer Michael Gray remembered him as “a terrific editor” of Let It Rock, “very agreeable, easy-going and civilised towards contributors, with an engaging, quiet wit”. His PhD student Helen Reddington said: “Dave provided invisible and unstinting support for a huge range of people who were involved in all sorts of different musical endeavours.”

He further revealed the breadth of his knowledge and his lack of rock-pundit snobbery in his scores of obituaries for this paper, ranging from Bert Weedon to George Harrison by way of Demis Roussos and the Singing Postman. His most recent, about Chas Hodges of Chas & Dave, was published last September.

Dave’s marriage to Gilly Harry ended in divorce. He is survived by his partner, Sally Quinn, her children, Tristan and Chloe, and grandson, Archie, and his brother, Stuart.