People: how the National and Bon Iver's streaming service frees musicians | The Guardian 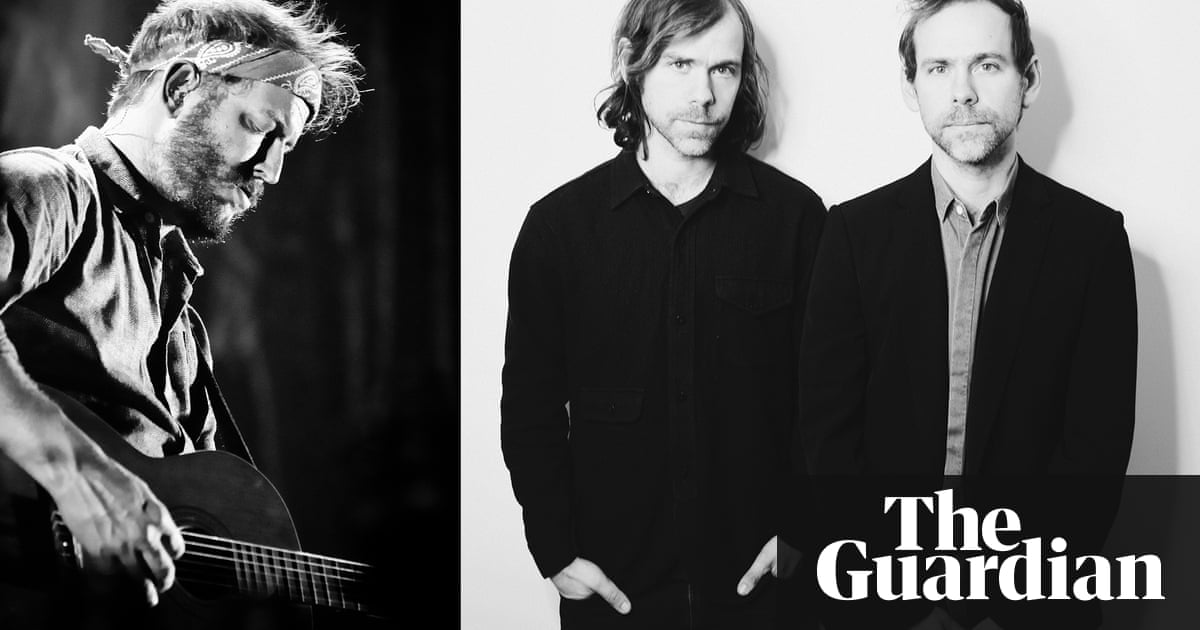 One thing Aaron and Bryce Dessner of the National think you should know about their new streaming service is that they are not competing with Spotify, or Apple, or Tidal. “It’s artist-directed,” Aaron says. “It’s entirely non-commercial. It’s about the work.”

“It’s trying to deformalise some of the artifice and structure that goes into releasing music, and to get a little bit closer to the creative and collaborative process, and to the people,” Bryce says – and appropriately enough, the service is called People.

The Dessners prefer the term “publishing platform”, launched with their friend Justin Vernon (AKA Bon Iver), and Berlin hipster hoteliers and entrepreneurs Tom and Nadine Michelberger. It springs from the festival-cum-happening the five of them put together at Berlin’s Funkhaus in October 2016, also called People, and which returns this August with a vast list of participating artists that includes Anaïs Mitchell, Camilla Staveley Taylor (the Staves), Canny Leaneagh (Poliça), Damien Rice, Kurt Wagner, Erlend Oye, Nick Zinner and Lisa Hannigan.

“The first People festival was a revolutionary event for all of us, for many reasons,” Bryce says. “I get to do a lot of fun stuff, but the Funkhaus experience was completely new – I’d be performing with a Peruvian guitarist, then making tracks with Boys Noize. The overall feeling we took away was: why can’t music feel like this more often? Those conversations fed into creating a structure where this music could develop.”

What that means is that People – the platform – will not be a home for big exclusives, for must-listen Mondays, for tomorrow’s hits today. It’s a place where artists can place their unfinished work, their ephemera, the stuff that doesn’t fit into their main body of work, but which they feel has worth. They don’t need to do complicated licensing deals – as long as they have a login, they can upload their own music – and if they want to take it down and rework it for something else, they can. People is a place for artists to do what they want, entirely free of commercial expectation.

“Take a band that releases 10 songs on a record,” Bryce says. What about the other 30 songs they didn’t release? What about the way those songs changed? What about the out-takes? All that stuff is fascinating, but it doesn’t have a place where it can live. Hopefully this will be an environment where new types of music, new types of collaboration can pop up that don’t fit in with a standard release. If it’s just National B-sides, it won’t be a success.”

“It feels like one of the major reasons ‘pro’ musicians get caught up and lose focus, consistency and confidence is because they sometimes have to wait to put albums out months after they are done,” Justin Vernon says, “and that really screws with your rhythm. So for me, People is a necessity for publishing certain music without cause for PR alarm, or any other reason than just to publish it.”

To find the initial list of participating artists, the principals have simply spread word from musicians to musician – those they collaborate and are friends with. As Tom Michelberger puts it: “It’s not open to everyone, like Soundcloud, but it’s also not fully curated.”

It’s a gift to listeners as well as musicians. It is launching as a free service – the Dessners, the Michelbergers and Vernon are backing it themselves – and the intention is that it will always remain free. And artists who want to make what little money is available from streaming experimental music can put their work on other sites, too: People does not demand exclusivity.

People launches on 6 June in beta format – with a bigger rollout around the festival – and one of its first album streams will be a project that both embodies its ethos and, helpfully, comes with its biggest names attached. Big Red Machine sprang from jam sessions between Aaron Dessner and Vernon at the former’s studio in upstate New York. “We played these spontaneous improvised sets, and it was so much fun that we decided to record it. But it came out of process, this open, collaborative working process. We liked what we were making and sent it to 30 or 40 friends, who started sending in ideas. We edited them and put it all together,” Aaron says. As Bryce puts it, Big Red Machine is an example of how “having this vehicle and space allows certain types of music to exist that would not otherwise”.

There’s a practical reason for the main launch of People being around the time of the festival, which runs from 13-20 August, with two days of public performances on 18 and 19 August. That reason is the c-word: content. The Funkhaus is a multi-roomed space, and some of the rooms will be set up for recording, so artists who feel the urge to put something down will be able to. “The festival has become a way of generating content, though it’s up to the artist whether or not they want to share that,” Bryce says. That said, this isn’t the kind of event where everything runs according to strict schedules: no one will need their clashfinder. No performances are announced in advance, and audiences have to turn up to discover who will be playing. If indeed anyone is playing. “Artists have full freedom to perform, or not to perform,” Tom Michelberger says.

There’s still one glaring question. In JagJaguwar and 4AD, Bon Iver and the National work with two labels perceived as music industry good guys, so why not involve them? “They are two of the best, artist-friendly labels in the world,” Aaron says, “but they still exist within the structures of the industry, of agents and managers, and those structures don’t often permit the kind of music-making we’re interested in, where musicians interact directly with each other. This is much more spontaneous and free, without promotional timelines and requirements and the label demands that come into play. We’ve been 20 years in the National and gone through every phase of doing that. We see this as something else entirely.”

Poke around People and you’ll see what he means. It’s like nothing else. Some of the music is fascinating, some is brilliant; some is not so fascinating and not so brilliant. But that’s what freedom brings: the chance to do what one wants in public, to work out an artistic identity. There is the possibility, of course, that it will end up being of fascination only to Bon Iver and National superfans – precisely what the Dessners and Vernon don’t want – but a streaming service that doesn’t demand you listen to adverts or pay a direct debit is refreshing. In a music world in which the imperative is monetise, monetise, monetise, People is the exact opposite.